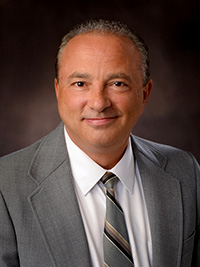 Gary Pace loves being a real estate agent and only wishes he’d entered the field years ago! In just 10 years, Gary has sold 123 houses and been named among the top producers for the Richard A. Zuber agency.

Satisfied clients refer their friends and neighbors to Gary. Gary has been very involved in the community and his community work has made him a “go-to” realtor among the groups he’s served.

Gary’s work in the community includes being a minister, social media advisor, member of the maintenance crew for the Pottstown Cluster of Religious Communities Outreach Center, handyman, and chaplain, singer and guitarist for Pottstown VNA’s hospice program. In addition, he always enjoys spending time with friends around a campfire.

Gary’s success as an agent since 2011 mirrors his 15 year success as the owner of Yohn’s Grocery Store, his “mission” prior to earning his real estate license. The secret of Gary’s success is simple. Gary loves people and lets them know!

He loves making people happy—whether it’s making a hoagie, polishing floors, serving as a spiritual advisor, playing bass guitar, or selling a house. And people love him back. Gary recalls one of the best moments of his life as a day when he announced that he and his wife Jane were selling the grocery store. One of his regular shoppers asked him, “Who’s gonna love us like you and Jane do?”

The respect he actively demonstrates for all people and his genuine willingness to serve them—no matter the age or size or affiliation—is how he sees his calling. Being a “blessing to people,” rolling out the “red carpet” for everyone so that the folks he meets “feel the love” is Gary’s #1 goal.

Gary’s four children and nine grandchildren keep him busy when he’s not volunteering or working. Ask him about his tattoo. It, too, is all about the love!

When you create an account with us, you can save searches and properties, and receive email updates whenever new or changed listings meet your saved searches!

If you’re looking for affordable real estate, good schools, and proximity to everything you need, the family-friendly Royersford and Limerick area could be for you. Just off an interchange of the 422 Expressway, homes in these communities offer easy access to work, shopping, entertainment, and outdoor fun. Hometown Fun In Limerick and Royersford as well…
END_OF_DOCUMENT_TOKEN_TO_BE_REPLACED

Northern Chester County is a rural area with rolling hills, scenic views and horse farms. The area provides a variety of ideal living experiences. The Coventry and Vincent Townships are comprised of North Coventry, South Coventry, East Coventry, East Vincent, and West Vincent Townships. They are communities with a rural feel with rolling hills, scenic…
END_OF_DOCUMENT_TOKEN_TO_BE_REPLACED

Are you looking for a hometown where you don’t have to compromise? The Upper Perkiomen Valley, located in northern Montgomery County, includes six municipalities – Marlborough and Upper Hanover Townships and the four Boroughs of East Greenville, Green Lane, Pennsburg, and Red Hill. The area reflects small town charm and offers it all – rural…
END_OF_DOCUMENT_TOKEN_TO_BE_REPLACED

Five convenient offices to serve you: